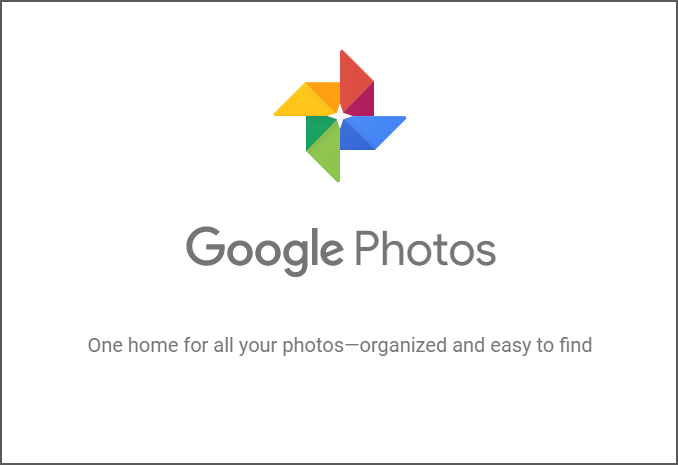 There are numerous photo sharing sites that are competing with one another to be your preferred destination for storage of photos and videos. Google, Facebook, Instagram, Flickr and Dropbox, are working hard in a pursuit to make it easier for us to access, share and enjoy the images we take. However, each of them has their own strengths and weaknesses. For example, Flickr supports good quality and high definition images but isn’t that popular whereas Facebook compresses your photos while uploading. Amidst all this chaos, Google had been prepping itself to launch the best photo storage service, called “Google photos”. Just like its contemporaries, this too has a cloud repository that backs up and syncs your images across a number of devices.
Google Photos actually is the successor of its, not so popular photo features of Google+. Google+ was launched to compete with the massively popular social network, Facebook. It could never actually beat the later but became a preferred option for photo sharing. The organization tools and photo storage of Google+ were always much superior to Facebook and were highly praised; though it couldn’t manage to get enough users to utilize the same! At the company’s I/O event in May 2015, the announcement of separating Google+ photo features from its social network affiliation was made. Later,Picasa desktop application was also discontinued owing to the reason that Google now wants to focus primarily on a single photo service. From there on, Google photos services got a new avatar of being a private library platform and not a sharing platform.
The basic idea is to file all photos in one place, with an automated tagging system. Google Photos services uses image-analysis technology to effectively organize photos and videos in a way that they can be easily searched, shared and edited later. It offers unlimited storage space for its users. They also offer paid services for the customers who are willing to pay for storing high definition images. The service is also enabled to package videos and photo bursts.

How to put this valuable app to use

The simplest way would be to install the Google photos in your mobile device and get started. The service offers several free versions for different mobile operating systems, android, iOS, etc. There is also a provision for users who want to upload photos from their PCs and Macs. So, there are different apps to access Google Photos from mobile devices or PCs and laptops. You just don’t need to swamp your smartphone’s memory by downloading photos from the PC just to upload them in the Google cloud.
The app can be easily downloaded from the Google Play store or Apple iTunes. The online previews of your images or videos can be accessed from any device irrespective of their source! Now, who doesn’t want this flexibility?
Google offers some smart tools to ease the process of photo sharing. You can select your favorite shots and create a web album for your friends with just a couple of clicks. If people in your circle have their own Google accounts, they can easily save the pictures in their respective accounts with just a single click. Now, this is an amazing option for a group of people who have attended the same function, say a common friend’s wedding and therefore photos clicked by every person in that group can be organized in a single album!
The efforts made by the Google photo management team is commendable and undoubtedly the best in its class. Nowadays with every person owning a Smartphone, photos are getting clicked every now and then. The problem arises when you think of archiving all the precious ones at one place. Google offers an effortless photo storage service for such people: set-it-and-forget-it! Now, this exciting feature from Google photos services automatically uploads your images and videos the moment you click them and enjoy seeing those even years later. The real icing on the cake would be if such a service is free of cost, what say? Anyway, free or not, this provision is not just good but great for sure!

Saying no to a free stuff is tough. Google photos service comes as a much needed option when the obsession with taking selfie and other photos has led to an explosion in the number of photos taken. Clicking pictures and being able to find them whenever we wish to is the challenge that Google has taken in its stride and has succeeded with flying colors. This is invariably the best choice for people who just keep clicking photos and want to store them somewhere. The last part is to be noticed as the photos are compressed and Google suggests such a setting for non professional photographers. Though, the difference wouldn’t be much if you notice!
Google photos works on similar lines with the likes of Apple and Dropbox. The service caters to all major platforms by offering an individual app for each of them that uploads photos automatically. However, the access to those photos is through Google’s website for people using PCs and laptops and through Google Photos app on Smartphones. You also get options of editing photos that is free, simple and also not time consuming.
For people who have an eye for quality get heart broken with the heavy compression of images. They can now easily opt for Google account storage. Yes! It’s not free, but quality comes for a price; isn’t it? The service offers a free storage of 15GB and goes up to 300 bucks per month for 30 TB. If that pinches your pocket, Flickr or Amazon would be a good option as they do the job at a much cheaper rate. Despite that, one can always keep using Google photos as a second repository for easy sharing of your images.