2019: Will it Be the Dawn of Breakthrough Technology? 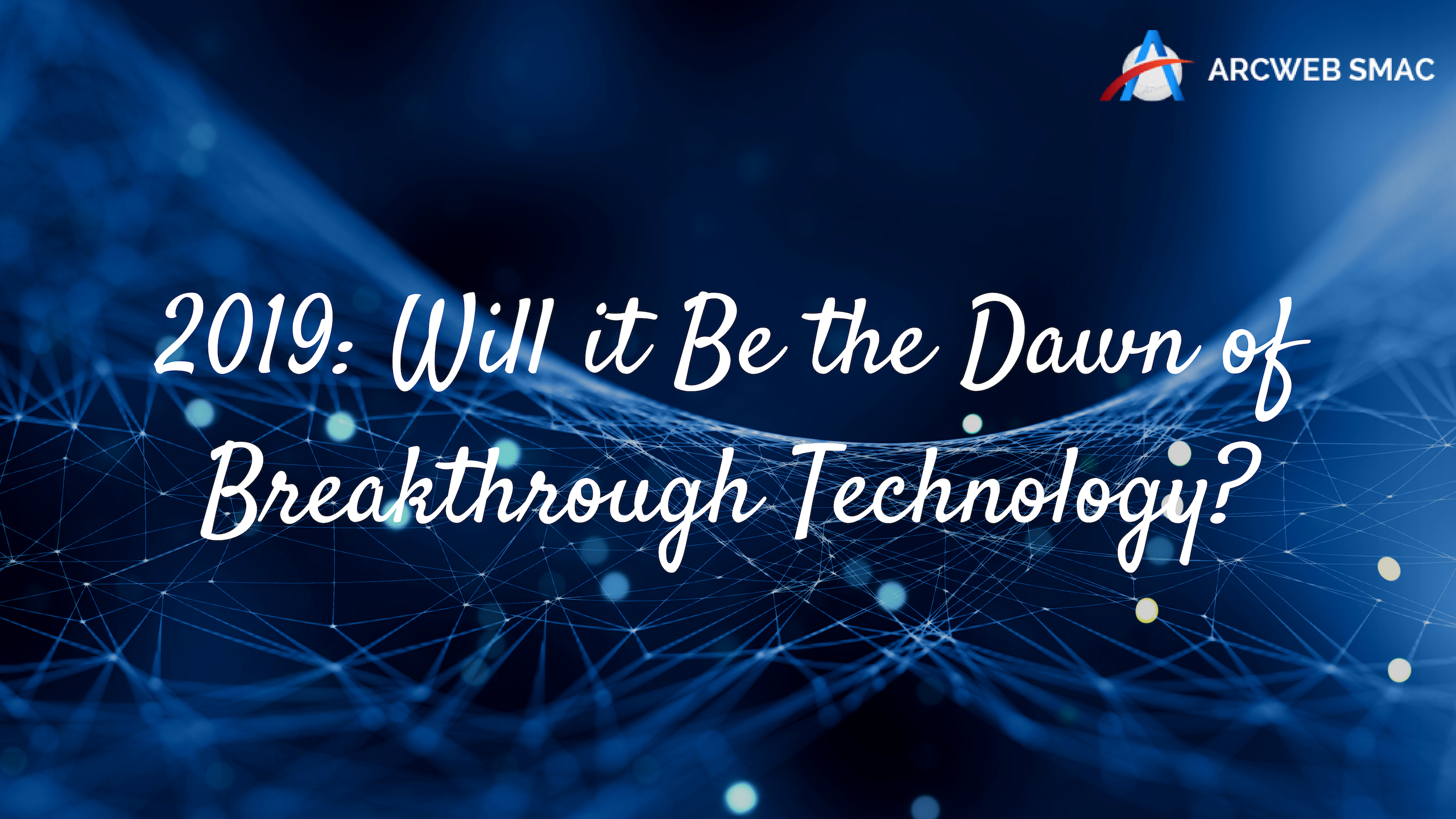 2019: Will it Be the Dawn of Breakthrough Technology?

It’s almost the closing of 2018 and we can’t help but think of the new advancements this year with new optimism and ambiguity revolving around how emerging technologies and innovations in networking would impact the bottom lines of the same. While there’s a widespread adoption of connected devices, automated networking processes and other next-gen technologies still remain unclear. But, that scenario would change in 2019 and the coming year would be the time for clarity for both enterprises and end-users. This would bring its own profits of shake-ups, scares and challenges would foster a better understanding and integration of technologies would be shaping this super-connected society.

These are three predictions for 2019:

Here are the widespread security breaches that would – in 2019 stem from lax security across a range of IoT devices. Because of the rapid integration of the Internet of Things across all devices from fitness bands to security systems, it is one of the most affordable technology in recent times. Therefore, in order to offer affordability, the manufacturers have a cut-off on maintaining the advanced security technology that would provide greater technologies that would lead to a price-point that can hinder integration. Since with an abundance of unprotected devices transferring valuable end-user data, conditions have become apt for large scale breaches.

2018 had witnessed its fair share of breaches like from Facebook and anticipating the sheer size of breaches next year, it can change the mindset of IoT across the spectrum of end-users, developers and device manufacturers completely. Though this massive shift can be a wake-up call telling them that there’s actually no quick fix to security breaches except smart security investments and re-engineered devices.

While developers would prioritize security over ease of access, that may bring a slowdown to the rapid development and adoption of IoT devices of all shapes and sizes and would prove to be crucial to the long-term success of the technology. On the other hand, there breaches and search for solutions to help combat future threats would give other technologies like Machine Learning, a boost.

With an unprecedented volume of data and security risks from the range of previously innocuous devices, there would be greater demands of technologies that are both evolving and emerging to do the heavy lifting of the data monitoring and threat detection. Through machine learning, automation, and artificial intelligence it would advance to the point that it becomes an easy option for business in 2019. Software-Defined Networking (SD-WAN) could be recognized for flexibility and adaptability that would be needed for automation solutions.

Since 2019 would be the new beginning for AI, ML and automation technologies that can be leveraged in the long-term IT strategies. It would change the mindset and practical strategy would take more than twelve months to effectively realize, and find solutions that are easy to adapt for organizations and would turn to in the wake of a serious data breach. SD-WAN would quickly become the solution of choice for many enterprises since it features built-in automation and need to quickly respond to threats would make ready-to-deploy automated systems enticing and means adoption of SD-WAN at scale, across all major industries.

One of the biggest challenges customers face is the ability to measure the effectiveness and ROI of their digital transformation initiatives, which absorbs the significant amount of the budgets. Digital Experience Management, without a doubt and can provide customers with the quantifiable results they need to address key business savings, growth opportunities and outcomes on digital investments. Providing the ability to justify the value and significance for customers to enhance and accelerate their network and performance, setting the groundwork for additional next-gen infrastructure offerings like Riverbed’s SD-WAN solution.

A Year of Bigger Challenges and Deeper Integration

Each year, the technologies that we recognize would evolve that demands of business would drive adoption rates and when we look ahead at 2019, we recognize that technologies like Artificial Intelligence, software-defined networking and connected devices would converge, but it won’t occur naturally. The large-scale IoT breaches may seem inevitable would force companies to take notice and action. The breaches would prompt mitigation efforts and raise security concerns and change the shift among enterprises.