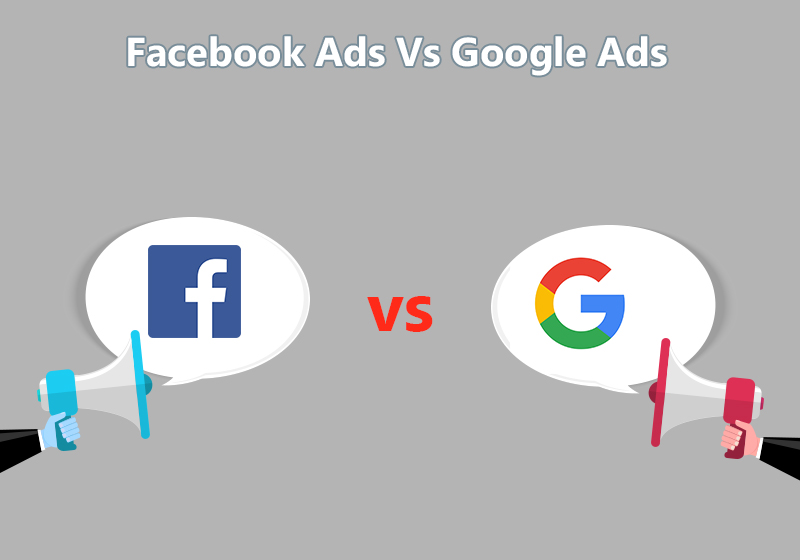 Social media has been on an upward slope consistently for a while now. Earlier the world wide web was a mere medium for getting and staying in touch with friends and acquaintances all over the world but today it has grown by leaps and bounds and surpasses all geographical boundaries. Unsurprisingly, e-commerce too depends on this forum for its lifeblood. We come across various marketing strategies everyday, the most ubiquitous among them being advertisements.

Advertisements on networking sites have become a commonplace phenomena. Google, Facebook, Twitter are some of the most visited sites, and numerous publishing networks work this assertion to their benefit.

Originally, one would say that Google is a better platform for advertising a product or a service because many people are not yet socialising on Facebook, but many critics would disregard this point as irrelevant. Facebook is as effective as Google; while the former boasts of over 5 billion visitors per month, the latter, undoubtedly, has wide spread roots as the one of the most used search engines globally.

Before sending in an assignment for advertising, it is important to keep a few things in mind. The objective behind selling the product or service is essential. Facebook, being a platform for light-hearted chatter and recreation, may not do well with ads pertaining to a serious nature. The most favoured ones would be club memberships, fashion, vacations and the sort. At the same time, the Google network automatically pulls up advertisements that relate to the search. They are usually text ads.

You would also do good to remember who you are addressing before displaying the ad. Google speaks to a general audience in an impersonal way while Facebook is more selective with its users. On the other hand, Facebook ads are also more engaging. In contrast to the Google ads which are mainly textual, the ones on Facebook are attractive and engaging.

On Facebook, when people see ads that are in tune with their interests, they are more likely to show an affinity towards them. Visual ads catch a viewer’s attention rapidly. If a person leaves a request for further information about your services, he is more likely to purchase it. Adding off-centered animation effects instantly captures the eye of visitors to your page.

But sometimes, the advertisements may appear too specified. This is where Google comes in. People surfing on the Google network are less demographically stratified. The algorithm focuses on keywords rather than interests and hobbies. Facebook ads are also effective in creating awareness among its visitors. An ad in the centre of the page holds the eye regardless of its content. In this factor, Google stands on a higher rung. Google ads are thoroughly filtered.

Though each one comes with its own pros and cons, it is probably smarter to use both forums for an effective marketing. Consequently, the possibility of reaching out to a larger clientele is greater.