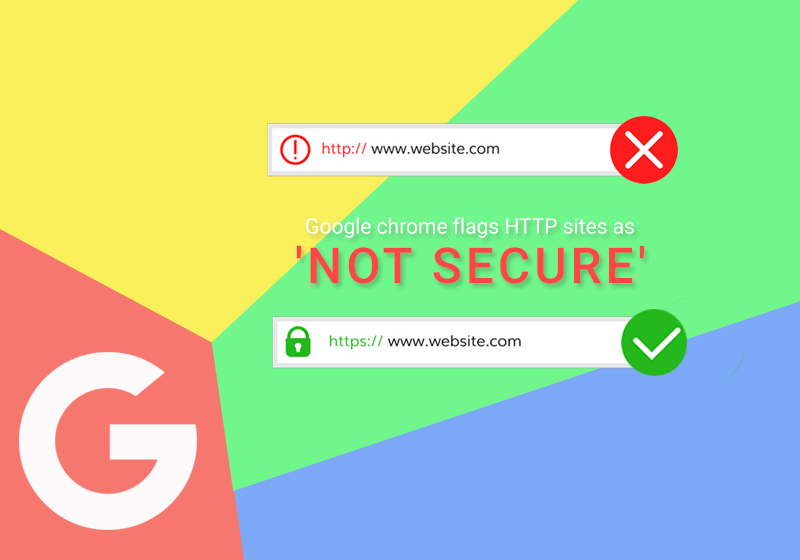 According to the official blog page of Google, Chrome Security Product Manager, Emily Schechter posted how July 2018 will begin with a nudge to all unencrypted pages on the internet as ‘Not Secure’.

It’s been a while since Google Chrome has been flashing warnings before opening an unencrypted page on the web to all the users, but now Google has decided to go all aggressive about the same. Starting from July, Chrome 62 (the latest version of Chrome) will flag all HTTP sites as ‘Not Secure’. Speaking on which, team Chrome announced that the majority of the websites on the internet are HTTPS already and July 2018 will even out all the unencrypted websites as well.

HTTPS sites protect the network between the user’s browser and the website from any third party to spy, traffic and sometimes inject malware into the network via otherwise irrelevant links.

Though it may seem as a much-needed step to enforce by Google at last, in reality getting a website encrypted isn’t much of a hassle. Google offering tools like Lighthouse that easily helps a website migrate to encrypted version, 81 out of 100 websites are all HTTPS pages. Even developers all across the world have heard this wake-up call by Google and introduced projects like ‘Let’s Encrypt’ that is one of the most preferred tools for getting one’s website encrypted.

Looks like we’re finally getting started with having a secured web in the coming times!