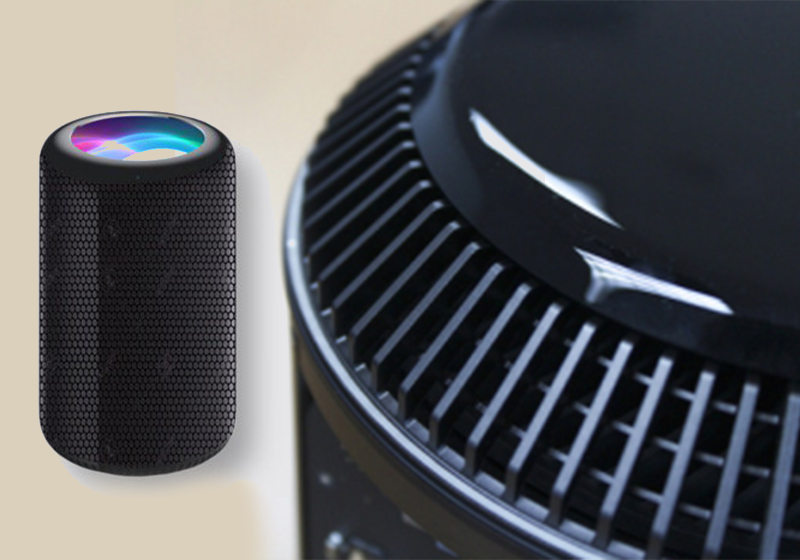 In a statement that has overjoyed Apple lovers, the techno-giant has announced the production of its speakers which have been engineered to incorporate Siri, Apple’s AI. In an announcement made on 5th June, Apple Inc. welcomed HomePod, which uses an Apple A8 chip and comes plus with an enhanced technology. Supported by 7 tweeters in the base and a woofer at the top, this latest Apple product comes in two colours- white, and a deeper shade of slate grey.

This smart speaker manipulates software to improve sound quality according to the acoustics of the room and adjusts itself to suit requirements. Its amazing sound structure is evident in any part of the room, thanks to the tweeters. Being just under 7 inches, the device can be placed anywhere in the room or be connected if placed in different rooms. Its echo cancellation feature works towards creating a better experience for the user.

Siri recognises your commands from far across the room even if the music is at its highest. Voice commands help Siri search, filter and play your favourite songs. HomePod syncs with Apple Music and can play any tune you ask it to. It is activated when you say ‘Hey Siri!’ and runs on a secure encryption through which data is exchanged. Also, when you ask it to change a song, Siri records your preferences and later plays similar music. Not only this, but HomePod can also be used to control your smart home gadgets. Siri responds to commands such as ‘Siri, turn off the lights.’

HomePod is priced approximately $349. As the much-awaited device is scheduled to be launched in December this year, it remains to be observed how it will affect its competitors- Amazon’s Echo and Google Home, along with the global market.