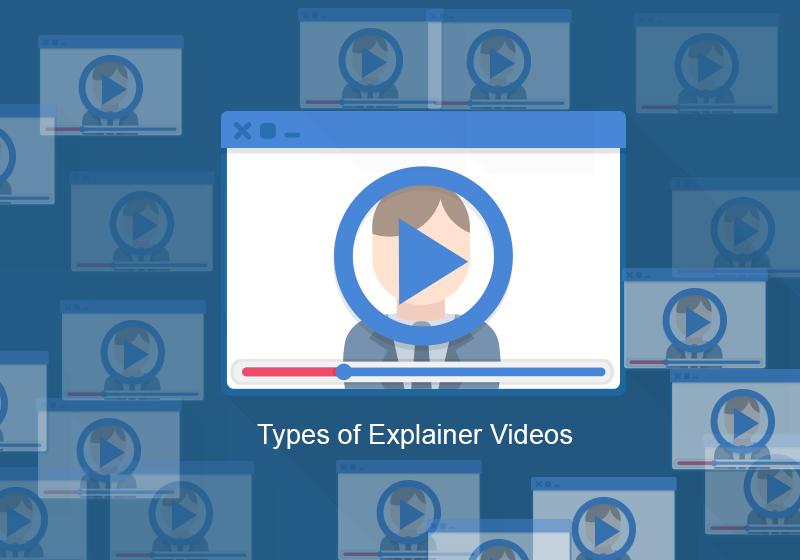 With the coming of age of popular websites like Youtube, Vimeo and Netflix, the standard appetite for videos has risen to a gigantic proportions. The tech-savvy audience no longer demands merely readable material. From solving maths to preparation of red sauce and pasta, from changing diapers to bathing a guinea pig, there is perhaps nothing that isn’t available on the network. In the past few years the call for visual content has grown enormously and has led to an outstanding success on the internet. The videos are informative and readily accepted by the audience.

An explainer or explanatory video is a very short video, ranging from seconds to a few minutes, that is helpful in launching a new website, product or advertising anything else. It may also relay public information, help in creating awareness among people or simply tell a user how a thing is done. Usually, factors like the audience, the product or theme of the video tend to decide what kind of animation goes into it. The most popular techniques are whiteboard animation, stop motion, live action, 2-D and 3-D graphics, typography and screencast.

Of all the animation techniques stated above, whiteboard is mostly used for business-to-business and business-to-customer marketing. It is simple, easy to create and cost-effective. In this approach, an artist records himself while sketching on a whiteboard in the background, hence, the name. It is easier for the viewer to understand and decipher information and is certainly a different, rather distinctive way to communicate with the audience.

Another effective way to connect with your customers is through a live action broadcast. Here, there is an actual person speaking and the process doesn’t involve animation. There is direct communication between the user and the speaker, who talks into a camera. It is also good for those who aim at boosting a personal relationship with their client.

The most used, and by far the most eye-catching is a 2-D or 3-D animated track. Though costlier than the whiteboard method, it gives more clarity as to the value or use of the product. While 3-D is recommended for its innumerable prospects and high visual quality, it is 2-D which is more workable.

The procedure called stop motion is almost as viable as whiteboard animation. The video constitutes a series of rapidly changing photos in which an object appears to move. There is minimal movement except from within the photographic frames. This works the same way as earlier filming techniques- a series of still images are moved in quick succession in order to create an illusion of motion. Typography, or kinetic typography, as in the above, too uses the element of motion. Text is seen to be moving as the video proceeds. Screencast is a technique that is mainly used to demonstrate computer applications to the user. It may or may not include a voiceover. Apart from these, there are various other processes to video making. It is crucial to remember that every video speaks to a different audience. Keeping that in mind is the key to a well-designed video.